In this on-demand course view the keynotes from the 6th Annual CULytics Summit, where some of the best industry speakers share their wisdom and knowledge around topics like,importance of digital technologies, digital transformation lessons, strategic success, metrics that matter and a look into growth options.

What you will learn

Importance of Digital Technologies for FIs

This keynote by Mark Sievewright, Founder and CEO, Sievewright and Associates, will help you understand why it is important for financial firms to adopt digital technologies and how they can do that.

With more than 30 years of financial services experience, Mark is a renowned industry thought-leader who has held senior leadership positions at HSBC, MasterCard International, Payment Systems Inc., TowerGroup (where he served as CEO) and Fiserv where he served as president of the company's Credit Union Solutions division. Mark has worked directly with numerous credit unions in the successful formulation and execution of their strategic plans. He has spoken at more than 250 credit union events and is the recipient of a number of industry awards. In 2010, Mark was merited the Ambassador Award by the World Council of Credit Unions (WOCCU) for helping credit unions better understand and capitalize on their market strengths; and, in 2015, he finished runner-up in Credit Union Times' 25th anniversary contest to find the most influential leader in the credit union movement since 1990. 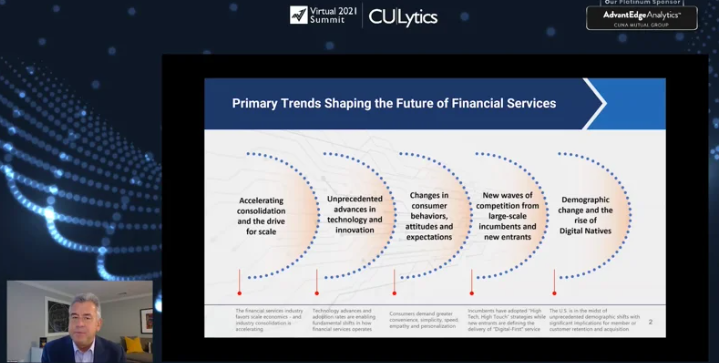 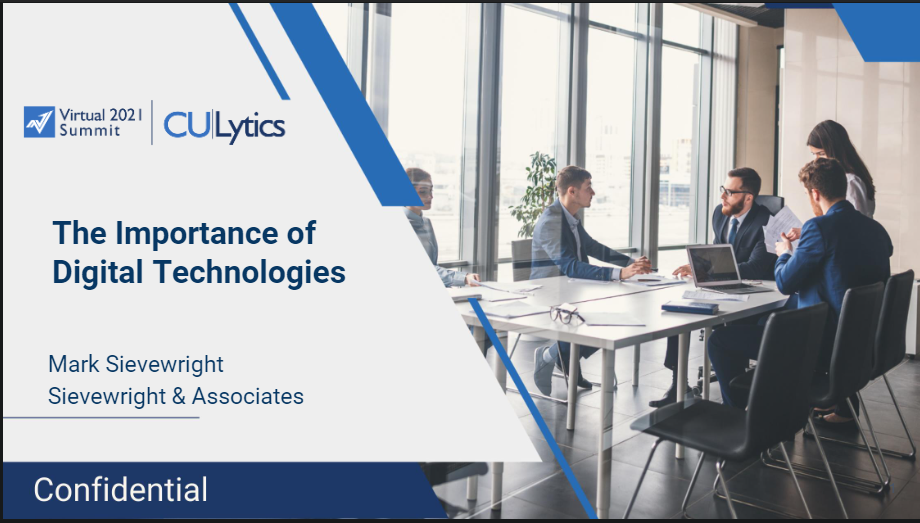 Digital Transformation Lessons Through the Eyes of a CEO

The rapid pace of technological change is disrupting the status quo and threatening to make many credit unions irrelevant in their marketplace. But how can community-oriented credit unions compete with the massive technology spending by the large national banks and respond to new fintech competitors? Every leadership team must have a concrete plan to improve its competitive position in an increasingly digital-first world. This is your opportunity to build a digital transformation roadmap with insights and strategies directly from a CEO with first-hand experience tackling these challenges.

As CEO of Launch Credit Union, Joe leads the transform of his organization from what they are today - to what they aspire to become. In order to facilitate this journey, he ensures that they have a viable strategy, the right people are in the right roles and a culture of continuous learning. 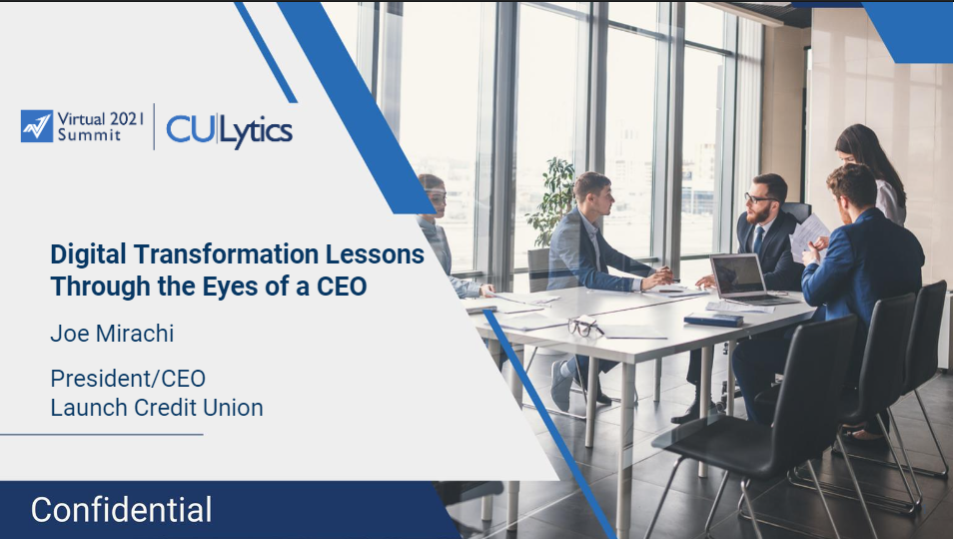 Less Is More: The Necessity of Focus for Strategic Success

Whether it's over-committing to too many projects or attempting to serve every market segment known to humankind, credit unions often find it impossible to utter one of the most powerful words in the English language: No. Not only does this lack of focus frustrate your staff, but it puts your strategic success in jeopardy. Andrew will share insights on how your credit union can become more comfortable making strategic tradeoffs and examples of the powerful outcomes that come from discipline.

Andrew is passionate about uncovering insights into the minds of consumers and helping credit unions meet consumer needs through effective product design and promotion. His perspectives on consumer finance have been featured in publications including The New York Times, Credit Union Magazine, and Credit Union Times.

Andrew received his undergraduate degree in accounting from the University of Arizona and his MBA from Pepperdine University where he graduated first in his class. He is also a certified public accountant. 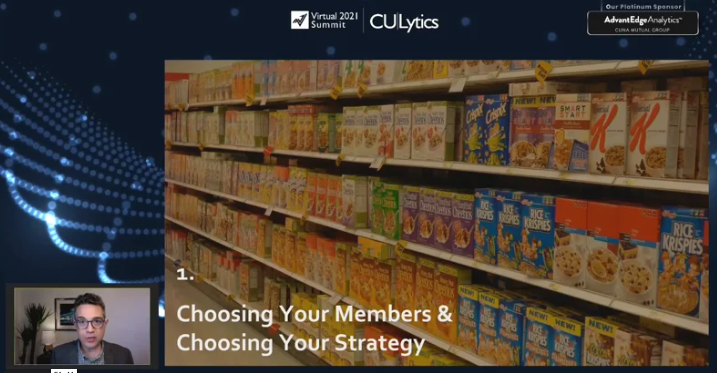 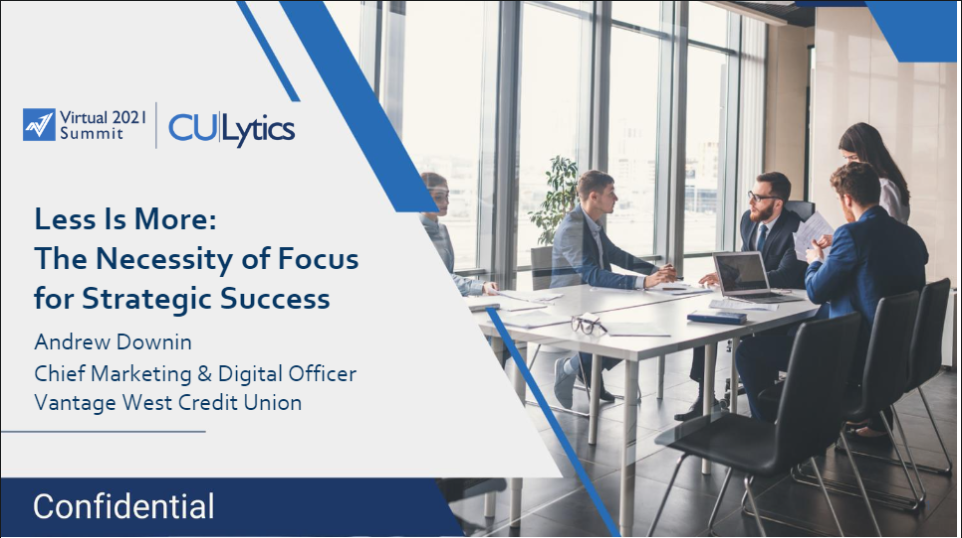 Given the proliferation of data and analytical tools designed to pull insights, we are often drowning in data. For meaningful progress, need to focus on the metrics that matter - the metrics that align (and balance) priorities. Used smartly, data can help measure performance in meaningful ways. Focusing your metrics on mission-critical activities is step one.

Pam Piligian is Senior Vice President of Marketing & Communications at Navy Federal Credit Union, the world's largest credit union and four time recipient of Forrester's CX Index Best in Class Ranking. Pam directs all marketing and advertising strategy, research, public and industry relations, brand and product campaigns as well as overseeing metrics for Navy Federal brand, products and services. She excels at analyzing market data, extrapolating the implications and turning insights into opportunities and has a passion for member-centricity.

Pam holds a B.A. degree in marketing from Georgia State University, UC Berkley Executive Education, and MVP Guest on America's Favorite Carrier, USS Carl Vinson. An avid runner, Pam has completed more than 41 marathons in 32 states, with a goal of running marathons in all 50 states. 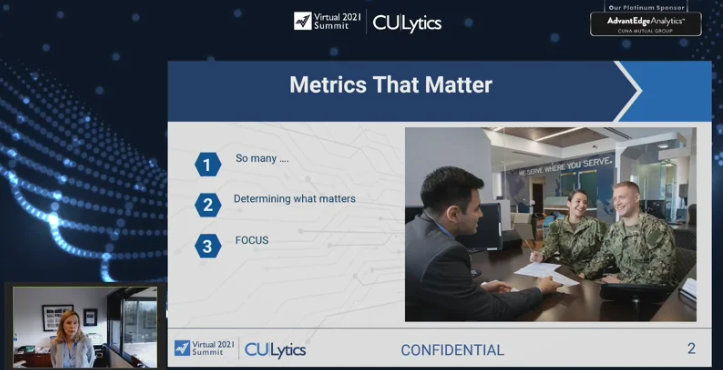 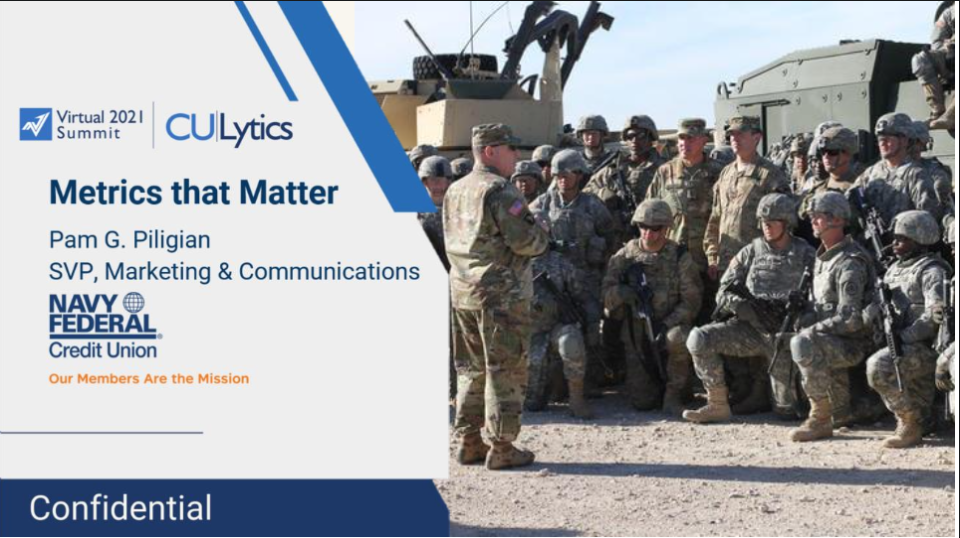 Where will growth come from? A look at your options.

Moving forward, growth could be difficult once stimulus payments stop, as Covid19 has fundamentally impacted several economic sectors. During this presentation, we'll look at that likely long-term, your options for growth, and the challenges of each.

Jon also sits on the Board of Directors of ARCA Technologies, LLC, a leading global manufacturer of teller cash recyclers.

Most recently, Mr. Voorhees was President of BankDistributionStrategies.Com, working almost exclusively with credit unions and community banks to help them lay out a 5-10-year plan for branch optimization and expansion.

Previously he led the Retail Distribution Execution function at Bank of America, where his responsibilities included leading a team of experts in executing the bank's physical distribution strategy through design and management of a series of programs from new branch deployment to site upgrades, consolidations, and divestitures.

Prior to that role, Mr. Voorhees led the Retail Distribution Strategy function for Bank of America and two predecessor banks (FleetBoston and BankBoston). In those roles, his responsibilities included developing an overall physical distribution strategy and annual tactical plans.

Previous roles included senior management positions at Equifax/National Decision Systems, where he held a variety of roles, and First Interstate Bank of California where he managed the Strategic Marketing Research function.

Jon received his BA degree in Economic Geography from California State University at Northridge, holds certificates from the ABA Strategic Planning School and BMA School of Marketing Research, and is a certified Six Sigma greenbelt. 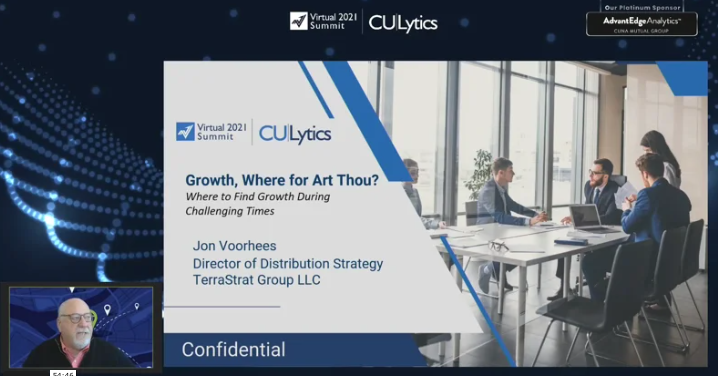 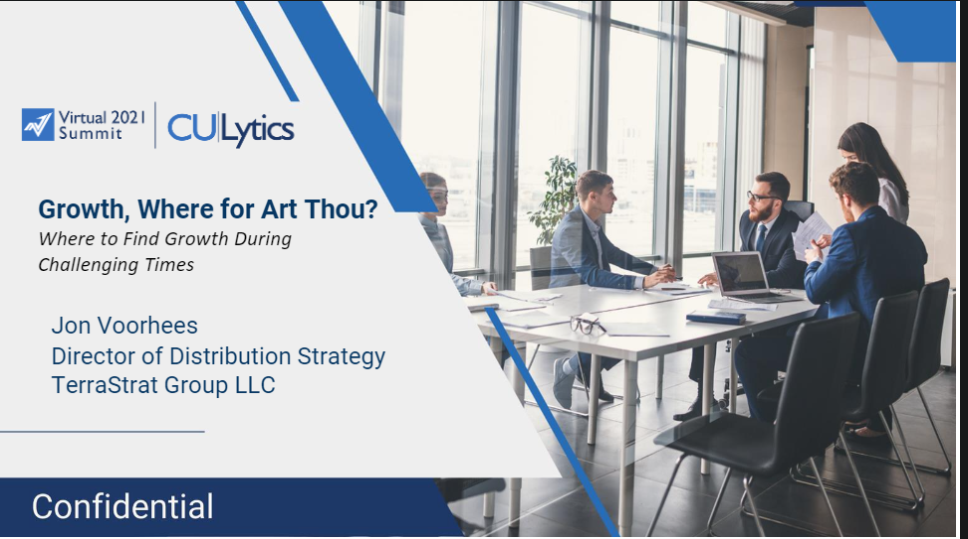 You need to be a member of CULytics Community to add comments!

This reply was deleted.
E-mail me when people leave their comments –
Follow